“I learned that to humiliate another person is to make him suffer an unnecessarily cruel fate. Even as a boy, I defeated my opponents without dishonoring them.”

In the current political climate, I am struck by the floods of cyber disinhibition. This type of humiliating, hateful rhetoric aimed at opposing political or moral stakeholders does not further understanding or promote unity and harmony. I often tell my clients when they have to manage tough situations to direct the conversations to the work, not the person. Personal attacks on people who have differing views or education or religion or color do not heal divides. We can fight the policies not the people and model the kindness, dignity and courtesy we want shown to all humans. Nelson Mandela, who spent 27 years in prison before dismantling apartheid in South Africa, shared much wisdom in The Long Walk to Freedom:

I always knew that deep down in every human heart, there is mercy and generosity. No one is born hating another person because of the color of his skin, or his background, or his religion. People must learn to hate, and if they can learn to hate, they can be taught to love, for love comes more naturally to the human heart than its opposite. Even in the grimmest times in prison, when my comrades and I were pushed to our limits, I would see a glimmer of humanity in one of the guards, perhaps just for a second, but it was enough to reassure me and keep me going. Man's goodness is a flame that can be hidden but never extinguished. It was during those long and lonely years that my hunger for the freedom of my own people became a hunger for the freedom of all people, white and black. I knew as well as I knew anything that the oppressor must be liberated just as surely as the oppressed. A man who takes away another man's freedom is a prisoner of hatred, he is locked behind the bars of prejudice and narrow-mindedness. I am not truly free if I am taking away someone else's freedom, just as surely as I am not free when my freedom is taken from me. The oppressed and the oppressor alike are robbed of their humanity. When I walked out of prison, that was my mission, to liberate the oppressed and the oppressor both. Some say that has now been achieved. But I know that that is not the case... We have not taken the final step of our journey, but the first step on a longer and even more difficult road. For to be free is not merely to cast off one's chains, but to live in a way that respects and enhances the freedom of others. The true test of our devotion to freedom is just beginning.

Start Your Day Over At Any Time 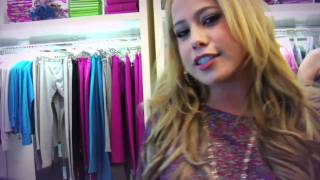